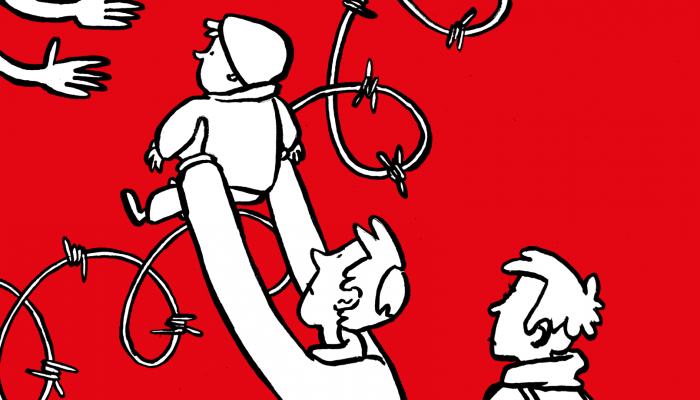 MasHab
Level 3 Emergency! The highest emergency level used by the United Nations in Iraq, Syria and Yemen is L3. And in October 2017, DR Congo made its sad ‘promotion’ to L3. The alarm bells were ringing loud and clear: the entire aid system needed to scale up for Congo!

What caused the situation to deteriorate? What regions of DR Congo were affected? What were the effects on neighbouring regions? What role did local organizations play? And what could be done by humanitarian organizations?

‘Red alert on Congo’ gave the latest on the situation in Congo. Professionals – just back from the DR Congo – shared their insights and humanitarian professionals showed how they are dealing with this emergency situation. Together with the audience, possible actions and priorities were discussed.

A review of the afternoon

Marie Rose Bashwira kicked off, describing a situation that is worsening by the  day, especially in rural areas. Local authorities do not respond to crimes or violent incidents, so they remain uninvestigated. People feel abandoned by the government.

Geoff Andrews then sketched DRC as a failed state: the DRC government is failing every day. Soldiers and policemen are not getting paid. We expect police to protect us, but in DRC they only protect the wealthy. Also, the UN peacekeepers do not intervene. The Church, which is very influential in DRC, is now taking a stand and organizing marches every other week (after service on Sunday). These are tough confrontations: people get killed during these marches.

Hans André de la Porte focused on the typical features of the conflicts in DRC: they are complex, layered and very fragmented. Within just one kilometre you can encounter a completely different situation with totally different actors. De la Porte drew some optimism from the new generation: in the cities there is a growing number of well-educated young people who reject tribalism and might grow into positions of authority/power. They could begin to make changes. These changes could occur in the next 25 years; we need to be patient.

During, between and after the introductions, there were plenty of remarks and contributions from the audience, which resulted in a very rich and lively evening.