€7,50 - for KUNO members, a reduced price is possible
Debate

A lonesome voice from Myanmar 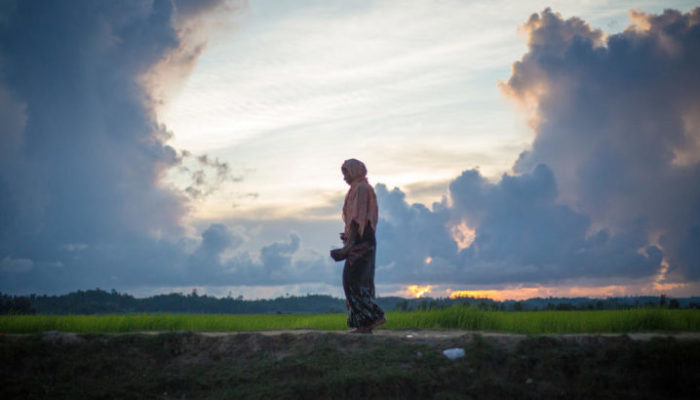 It is one of the biggest crises of this moment: the situation of the Rohingya refugees in Bangladesh and the ongoing ethnic cleansing in Myanmar. Even UN observers, humanitarian workers and journalists have no answer to this problem. We discussed this crisis and what needs to be done with Khin Zaw Win, a Burmese political activist. In the toxic political climate of Myanmar, he is one of the few who still dares to speak out at the moment.

The persecution of the Rohingya in Myanmar is an ongoing problem. According to Amnesty International the Burmese army is doing everything possible to prevent this Muslim minority to live in Myanmar. Despite this situation Bangladesh has come to an agreement with the Burmese government about the return of the 600,000 Rohingya refugees presently residing in Bangladesh.

Khin Zaw Win provided us with an insight to the crisis from within. What is the opinion in Myanmar about the persecution and return of Rohingya? How does Khin Zaw Win see the future of Rohingya in Myanmar? And what can/should the international community do? This was further discussed with a.o. Mira Woldberg from the Ministry of Foreign Affairs.

= Khin Zaw Win is a political activist in Myanmar and Director of the Tampadipa Institute, an NGO that engages in policy advocacy and capacity building in the field of nationalism, ethnic relations and international relations. Previously he worked for the Ministry of Health in Myanmar and for UNICEF. From 1994 to 2005 he was a political prisoner because of his activities in the field of human rights.
= Mira Woldberg. Head South and Southeast Asia and Oceania Division at the Dutch Ministry of Foreign Affairs.
= Other speakers will be announced later.

- Organized by Humanity House and KUNO -