The reality in Afghanistan 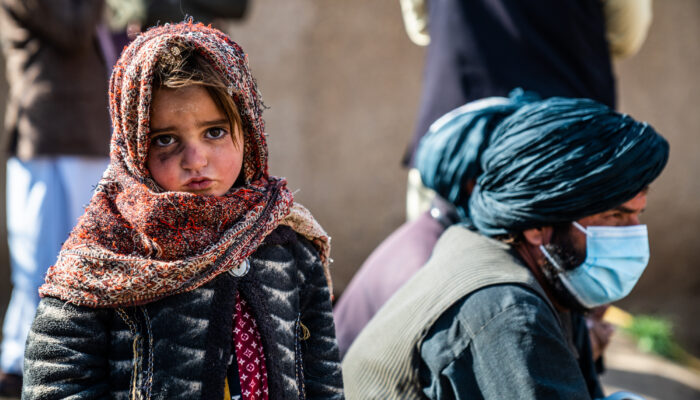 Benoit de Gryse - head of programmes and policy with Stichting Vluchteling - visited Afghanistan for a couple of weeks and we asked him some questions about the country, about humanitarian assistance and his hope. Enjoy reading.

Can you tell us something about the situation in Afghanistan?
We are now in Kandahar. Whilst driving through Kabul and Kandahar, you do get the idea that the war is kind of over. At the airport there was light security, fewer checkpoints, and fewer soldiers. In the cities there are not many attacks at the moment, for example in Kabul there used to be easily 5 to 10 explosions a day, something that is not happening anymore. Today people can move more freely during the day. At night, in the cities, criminality is becoming a major issue. This is partially because the Taliban had opened up the prisons where of course not only Taliban have been released but also criminals. But overall, for the population it is a big relief that it seems safer now. However, some people consider this current situation as fragile, as a silence before the storm, and this not only linked to security, but mainly due to the current economic crisis.

How is the situation in the country compared to a few years ago?
Let us take the example of health care. The health care situation a few years ago was already substandard, but now it is getting worse day by day as a consequence of the sanctions that are imposed by states on the Taliban government, the freezing of the financial reserved and the ending of development aid. This leads to health care workers not being paid, supplies not reaching hospitals and as a consequence ordinary Afghans not having access to health care. And even if people would have access, for example to private clinics, due to the economic implosion, there is a huge inflation and many people have no more jobs, so they can’t afford health care either.

There are also other significant changes, the level of corruption seems to be lower under the current government, and most importantly, the access for humanitarian organisations has increased dramatically. It is safe to say that in 95% of the country aid can be delivered to vulnerable populations. It is a misconception that it would be more difficult to provide humanitarian assistance now. This is linked to the improved security and the fact the government has a positive stance towards (I)NGO’s. Access to money is a big concern for NGOs, which impedes their scale up partially. Especially for local NGOs this is a big problem. So we are not able to fully benefit from the increased access.

Also because of the drought and the conflict in recent years there is less sowing and harvesting. People are thus little self-sufficient.

What is most needed?
Humanitarian aid needs to be scaled up, and the sectors of food security, health and WASH (access to drinking water) need to be prioritised. However, as the overarching problem is of course the economic situation, development aid must come in as well focussing on livelihood and investments. For this the banking sector needs to start working again. Allowing this to happen is a political decision that needs to be taken by different states, the US in the first place.

I think that a pragmatic approach needs to be taken.

What do you know about the human right situation in Afghanistan?
As many people, I’m trying to gain insight into the human rights situation at the moment. There have been worrying disappearances of human right activists, and women have been excluded from politics or high level positions. The Taliban is somehow divided about more radical elements and more moderate, more politically savvy members of Taliban. It is difficult to predict how these dynamics will play out.

There are also differences in the regions when it comes to women’s rights. This will also be the case with, for example, child marriages or arbitrary arrests. However, so far many NGO have been allowed – often after solid negotiations – to keep female staff in office.

Are there any local NGOs?
It is very difficult for local NGOs because they are heavily affected by the financial restrictions. They are there but providing effective assistance has simply become more difficult. How they are able to negotiate access themselves seems to vary.

How is the interaction with the Taliban?
There is not one right answer to the question of what the Taliban wants/expects from NGO’s that operate in the country. First of all, the government in Kabul has never been able to fully control the whole country, that kind of centralization does not exist in Afghanistan. This is the same for the Taliban, they will not be able to control every region of Afghanistan. Secondly, the Taliban is not a homogeneous group. There are different factions within the Taliban, ranging from moderates/pragmatists, to real hardliner conservatives. It will depend on the faction what kind of interaction is possible with the Taliban.

Currently, dialogue between humanitarian organizations and the Taliban is possible and happening. This is good, because it is part of humanitarian work to have to cooperate with people we don’t like. We should also not be afraid to push back when the Taliban make demands, and give feedback. The question is of course, where do you draw the line in negotiations with the “bad” other? This is for every NGO to decide for themselves.

And what are the difficulties?
The attitude of the Taliban varies very much per area. When it comes to restrictions for female humanitarian workers, for example, there have been instances where far-going restriction were demanded by the Taliban. Up until now, engaging in pragmatic negotiations has been successful in limiting or removing these restrictions and most NGO’s have been able to maintain their female employees. Nevertheless, this does not mean that it is the same in all regions, or that it will remain like this in the future. We cannot know if this relatively soft approach is permanent or that we will return to the situation as it was in the 90s.

What is your expectation and hope for the country?
The unfortunate reality is that things will only get worse. The economic crisis will push more and more people beyond their normal coping strategies. Malnutrition will only further increase, and many farmers will not be able to plant their crops in the next months. The risk for increased criminality and possible armed resistance is real as well.

I don't have much hope, I just hope I am wrong about all of this.