One year after the World Humanitarian Summit 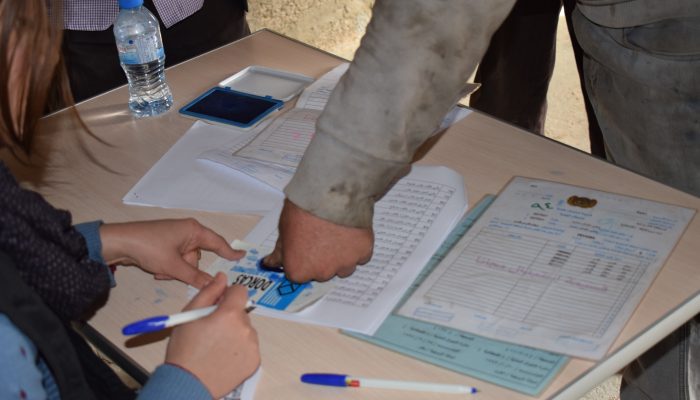 What progress have Dutch NGOs made on the Grand Bargain workstreams?

Reflection on Commitments Made

At the World Humanitarian Summit (WHS) in May 2016, commitments were made to reform the humanitarian sector. The most concrete of these have been outlined in the Grand Bargain, to which the Dutch government and most Dutch NGOs are signatories. The publication of the GPPi Independent Grand Bargain report, as well as the annual ECOSOC Humanitarian Affairs Segment, provide us with a moment of reflection. What progress have Dutch NGOs made on the Grand Bargain workstreams?

Therefore, on 26 June, representatives from the Dutch Ministry of Foreign Affairs, academics and representatives of 12 humanitarian organizations gathered in The Hague to discuss these issues. As also noted in the GPPi report, most Dutch NGOs are still implementing changes derived from the Grand Bargain commitments on a management and policy level. Changes in the field, it seems, have been limited up until now. However, both Dutch and international NGOs have the intention to start implementation, as became apparent in the discussion. For example, on the transparency and reporting requirements workstreams, significant steps have been made to reach the commitments made at the WHS last year.

Furthermore, Dutch NGOs largely seem to invest in commitments related to localization and cash. Especially on localization, achieving progress in the field is hard, as NGOs are still working on how to define and implement localization and what this means for their organization. In the discussion, big differences in the perception of localization between organizations became apparent – which makes a uniform implementation of this workstream hard to achieve. Also, multiple NGOs highlighted that we need to keep involving local actors in the current implementation and definition phase – something that, according to some, is not happening to a sufficient extent at this point.

Bringing together various humanitarian players for this event created an interesting dialogue and reflection on the most recent developments in the sector. It became clear that in this period of relative short-term implementation, it is important that organizations keep an eye on their long-term vision. Also, the Ministry of Foreign Affairs urged organizations, based on the discussions that took place at the ECOSOC high level forum, to keep an eye on needs-based implementation of their programmes. Based on the outcomes of this discussion, KUNO has been able to define a more specific focus for future reflection and learning.

For more information and a report on needs-based implementation, click here