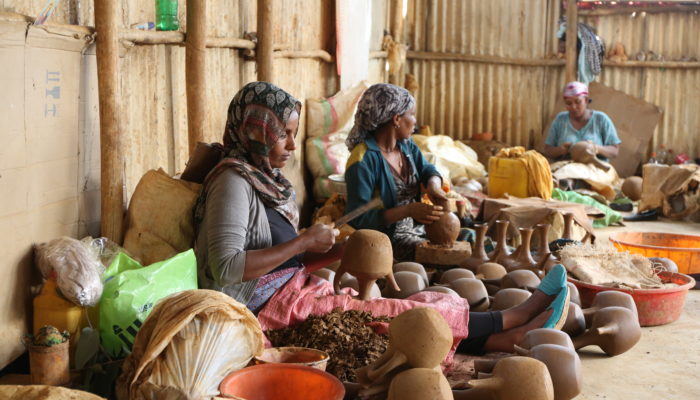 In three reviews, the Inter-Agency Standing Committee (IASC) presented disturbing conclusions of big humanitarian projects in Libya, the DRC and Ethiopia. Although most lessons are neither positive nor new, Evert van Bodegom (Kerk in Actie/ACT Alliance) also sees interesting opportunities. In this article he gives his respons to the five conclusions.

1. The need for more effective localization and stronger engagement with national and local NGOs

This is a topic that has been on the agenda at least since the Tsunami Evaluation in 2007. Many issues play a role: business interests of many international actors, prejudices from all – including the UN – and post-colonialism. Nevertheless: we can do a lot. The Core Humanitarian Standard (CHS) could be an unexpected ally for local NGOs; not only certification by international NGOs, but also certification by local NGOs. Local partners that go through CHS certification, are very close to qualifying for back-donor funding. Better funding opportunities empower local NGOs.

HQAI, the auditing agency for CHS, noted after auditing an ACT alliance INGO-member, that approximately 80% of the ECHO questions in the ECHO audit could be answered with information collected during the CHS recertification audit. By extending the audit by only 20%, all ECHO questions were covered. So local partners that go through CHS certification, are very close to qualifying for back-donor funding. ACT Alliance hopes to launch a pilot project next year to promote CHS to local members.

A major step to take is the full engagement and respect of local actors in decision-making that affects them and their countries. This still leaves much to be desired, the report shows. Developing the capacity of local partners leads to more access to funding; it enhances their ability to engage with “the sector”; and it could allow them to better highlight their issues in decision-making. All three Humanitarian Country Teams (HCT) reviewed, have committed in their planning to include local actors more effectively and support to develop their capacity.

2. A clear gap on accountability to affected populations and the prevention of sexual exploitation and abuse

Despite being major concerns in the sector, these are still major gaps in the response in the three countries. In the field of sexual abuse and exploitation it is essential that field actors are supported in getting protection against it up and running. This might take a somewhat longer engagement with field actors. Accountability in general and protection against sexual abuse and exploitation in particular demand change of systems and of culture.

3. Inadequate or out-dated coordination structures, and a disconnect between the leadership and operations in the field

However rightful this criticism is: coordination has improved very much in 30 years. And yet it is still far from perfect. From a local perspective there is the risk of over-coordination with many clusters and meetings. So as a first step might be to look how to connect with umbrellas of local actors, inclusive of Faith-Based Actors and include these in the HCT.

4. The need for enhanced security management and duty of care for staff

The issue of security management and duty of care came out strongly in all researched cases. HCT actions in response to this challenge include – the report states – concrete steps to improve security management, such as increasing civil-military capacity, prioritizing medevac and increasing flights (in Ethiopia); harmonizing security coordination for humanitarians (in the DRC); or working with the UN Department of Safety and Security (DSS) to enable the operational shift back to the field (in Libya).

5. The lack of a common HCT narrative on the humanitarian situation

In all three countries, and particularly in Ethiopia, the missions found that a key shortfall was the absence of a common HCT narrative on the humanitarian situation. The reviewers point at the lack of a common stance by the HCT on the humanitarian situation, advocacy priorities, and actions to be taken – and in some cases, stark differences of opinion within the HCT on these issues. This leaves the response vulnerable to being criticized, undermined, and questioned by various parties. Alertness is needed on our side and in others. I think overall the most important factor is: a proper connection with the local civil society, including Faith Based Actors.

A situation where this lack of a common narrative and proper action also featured highly was Sri Lanka some 12 years ago when tens of thousands of Tamils were slaughtered. The humanitarian sector had not performed well in the field of protection. Later the UN was brave enough to come forward with a self-analysis. We need to monitor that these apologies will not be necessary in the future.

Whilst I am writing this, it strikes me that we still need to make improvements on issues that have been on top of the humanitarian agenda for many years. Many steps op development start with trusting capacities of local partners and collaborating on capacity building and the involvement of local partners in decision-making and coordination.

To improve, our sector urgently needs to undertake some bold actions, in different contexts, cultures and projects.