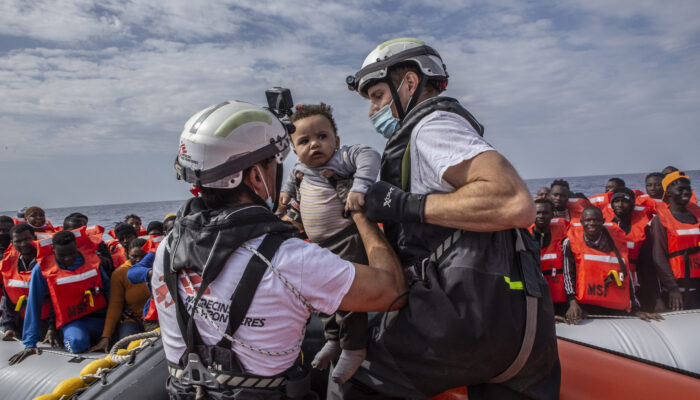 With input from Tineke Strik

Political challenges of the current debate on migration laws

Since 2015, when the number of refugees and asylum seekers in Europe grew rapidly, the political climate within Europe concerning migration law has changed. The European Commission (EC) has chosen a stronger position towards migration and refugee issues with support of the member states. Efforts from the EC to conduct new legislation on migration and asylum have not resulted in any agreement. The maintained Dublin system’s ‘first entry’ criteria blocks the possibility of having a proportionate distribution of asylum seekers which would enable all member states to deal with asylum applicants in a careful way. Furthermore, a proportionate distribution would enable asylum seekers to immediately have access to proper reception centers. Europe would see the care for refugees as a common responsibility!

The main issue according to Strik is the lack of equal responsibility sharing between the member states. Member States steer towards keeping the first entry criteria and increasing the solidarity for taking in refugees on the base of voluntariness. The EC has been giving in to the member states in its proposals regarding the New Pact on Migration and Asylum (aka New Migration Pact) (2020).

Legislative proposals we work on do not entail a sustainable solution necessary for the current problems of the asylum system. Border countries do not get any assurances of a fair distribution and they will be confronted with more responsibilities by having these border procedures. The responsibility nowadays gets even bigger because people who travel onwards can be returned to the country of first entry. Common responsibility is not on the table now.

Tineke Strik pleas for the establishment of a global refugee fund wherein every state contributes in a proportional way in both material and financial funding. Not in exchange for border control facilities but for proper access to education and the labor market. This enables people to build a future without having to flee further. “At the moment there are approximately 100 million refugees: globally we can protect these people and care for them; we can comply with the refugee convention if we do it in an equally responsible way.”

Another EC-proposal, related to EuroDac (European Dactyloscopy: EU’s fingerprint database for identifying asylum seekers and irregular border crossings), seeks to enlarge the groups of people that have to be checked through the data bases. This leads to criminalization and stigmatization of asylum seekers, the reduction of the border crossing points, the possibility for member states to return people instantly to the country of first entry without individual assessments, and to more ethnic profiling.

All these restrictive changes lead to more criminalization of asylum seekers and migrants, and are not relieving the pressure at the external border countries. This is problematic because it’s fueling the securitization of migration policies very much a focus on border control.

Securitization of migration & a crisis in Europe’s rule of law

We witness a securitization of migration: migration is increasingly framed as a security risk. Policy responses to mitigate these risks, often affect fundamental rights of refugees and migrants (longer term detention, swift return procedures without procedural safeguards). Furthermore, we see how the EU invests in fences and up-grading border facilities which in turn profits the weapon industry.

Finally, we see how police forces of Member States violate refugee rules (pushbacks). These violations of migration laws are showing a crisis with the rule of law in the European Union. We could use reports of UN councils and the council of Europe and of NGOs to confront Member States with the evidence (reports show a systematic scale of violations; this is sufficient basis for starting infringement procedures). But there is a lack of willingness to confront these violations and enforce the law that is in place.

Formerly, the discussions in Europe about these pushbacks were about whether violations they did take place and whether formal authorities were involved. Authorities denied involvement. Today we have a different discussion: ‘Why are pushbacks wrong?’ At the moment the rules we have supported since the Refugee Convention are being disputed. The pushbacks we witness reveal a Rule of Law crisis.

At the same time, we see a shrinking space for civil society: the criminalization of international NGOs is widespread and threatening. The increasingly hostile environment NGOs have to work in is suffocating them and preventing from operating accordingly. The oppression and exclusion and violence against migrants and refugees, which NGOs try to compensate for, has to be oppressed as well. Again, the EP can only indirectly put pressure on the member states through the commission. But then again, the commission has to take this seriously.

We as European Parliament (EP) can only ‘push’ the European Commission (EC); the EC should put pressure on the Member States. But we see an EC that is shifting its responsibilities for refugees to Member countries and transit countries (Turkey, Libya) by supporting the strengthening of border controls. And human rights seem not to be a criterion.

Although the report was adopted by the EP, the EC and the Member States continue their policies. The political power of the European Parliament over decisions and actions of the EC appears to be limited.

The role of humanitarian organisations and NGOs – a Call to Action

Tineke Strik emphasizes the important role of humanitarian organization and NGOs. She is exploring different ways to strengthen her cause and NGOs can help. For example, the ‘Out of Libya’ Report (2022) from MSF that confronted the world with the facts on the ground (ongoing human rights violations), and called on international actors (including the EC and the EU Member States) to take responsibility and act. Members of European Parliament are using these reports to call upon the EC and Member States.

I definitely see the added value of data, especially a continuous update of that data. It fuels the debate. This is used to ask pertinent questions and to put the topics on the table.” NGOs have to concentrate on their main tasks (save lives), due to the lack of impact assessment and monitoring. On the other hand, a good monitoring system on refugee right violations related to EC policies that would be of great value. Not an official one, but a shadow monitoring system to make sure we use everything we know to improve policies, to put pressure and confront policy makers with the consequences of their policies. Perhaps a consortium of NGOs could build such a monitoring system.