Pushbacks at the European border 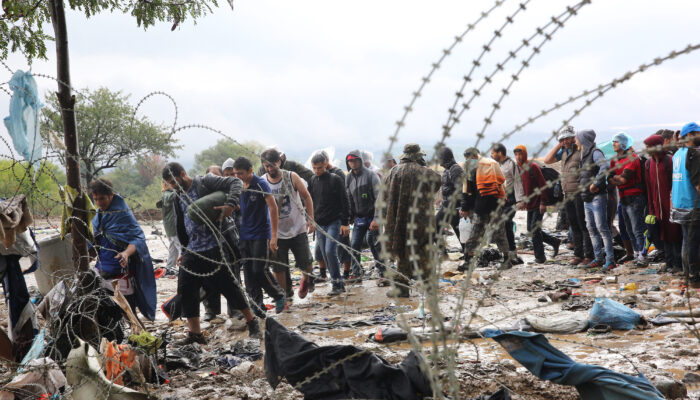 “They don’t respect anyone, even a woman like me. They were searching for me and they were yelling at my little daughter and even tried to hit her. It was inhuman. Then they put us in the cell.”

This testimony does not stand alone. The database of the Border Violence Monitoring Network counts 278 pages, with about 5 testimonies per page. Testimonies often involve multiple people: from smaller to bigger groups. In some cases, there are also minors involved, starting at the age of just a few months old.

The policies of the EU and the lack of attention for human rights violations should be questioned more often. Every person has the right to seek asylum. Pushbacks physically prevent refugees from practicing this right. It is extremely necessary for the European Union to further investigate these human rights abuses to make sure that the violent pushbacks are stopped and that the rights of refugees entering the European continent are protected.

Pushbacks are not only horrible, they are illegal.

This article gives an idea of the severity of the pushbacks happening at the European border, focussing on the Balkan and Greece. The role of Croatian Police Force, the Hellenic Coast Guard and Frontex will be discussed in this article. This research is mainly based on published investigations website, combined with academic literature.

Read the whole document here:
Pushbacks at the European border