Security and Conflict Mitigation in EU Migration 'Hotspots' in Greece 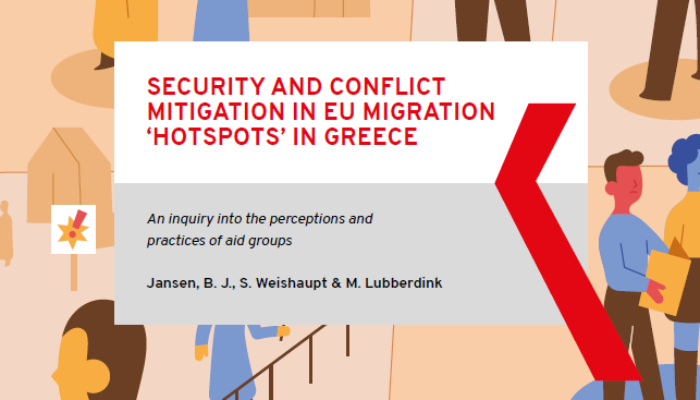 In this report, researchers from Wageningen University and KUNO explored how local and international actors experience and mitigate insecurity and risk between asylum seekers, host communities and aid actors on the Greek islands of Lesbos, Chios and Samos.

Long established and newer aid groups operating in a non-conflict context in Europe, such as the Greek islands, have underestimated insecurity. The presence of asylum seekers and its effects on local host communities, has resulted in clashes and threats among asylum seekers and the host community, and aid workers and volunteers have become targets of hostilities.

In many other refugee situations, security is much more embedded in the perception and in operational and coordination frameworks of aid organizations. In Greece, these are lacking or have not been considered relevant. Escalations in the beginning of 2020 and after the fire on Lesbos that destroyed Moria, make clear that the particularities of the Greek Hotspots call for a more nuanced understanding of risks and threats for aid actors.

You can read the report here.