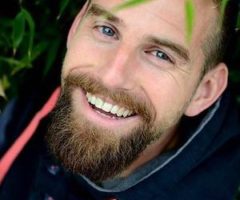 I am a media lecturer, researcher, producer and advisor. My primary affiliation is Assistant Professor at the Department of Media Studies of the University of Amsterdam (UvA) and I am also the Co-Director of the Expertise Centre Humanitarian Communication (HuCom). My background is in both Media Studies and Development Studies and I hold a Ph.D in Media Studies, and more specifically Postcolonial Film Historiography, from the University of Amsterdam (UvA). My dissertation, entitled ‘Welcome to Paradise Island: The Rise of Jamaica’s Cine-Tourist Image, 1891-1951’ (2013), marked the first study of Jamaica’s film history and its connections with the island’s tourism and colonial history in the early twentieth century. My current research, teaching, publications and talks span the fields of postcolonial (media) studies, humanitarian communication, critical (media) tourism studies, creative industies (as development strategy), popular geopolitics, alternative and activist filmmaking, migration and diversity cinema, with a particular focus on the history, theory and praxis of Jamaican film and visual culture.

Besides my posts at UvA and HuCom, I am also the Founding Director of Caribbean Creativity, a non-profit organization committed to the production, programming and promotion of Caribbean and Caribbean-themed cinema; the Managing Director of Africadelic, a non-profit organization committed to the promotion of cultural creativity in/from Africa and the African diaspora; and Co-Director of film production and events agency Dudes in your Face (Dutch: Gasten in je Gezicht), where I, among other things, act as producer of social impact films such as Welcome to the Smiling Coast (2016) and Gifts from Babylon (2018). In addition, from 2013-2019 I served as a Board Member at NALACS, the Netherlands Association of Latin American and Caribbean Studies, and I am currently the film review editor at ERLACS, the European Review of Latin American and Caribbean Studies, and coordinator of the research group Postcolonial Film Histories and Archives.